The Plano West JV team finished off its summer season with a 9-0-1 record.  Their only loss was to district rival Plano East in OT.  The team went on to shutout Plano East in their matchup during the semifinals with a score of 3-0 before advancing to the championship game where they beat Prosper by a score of 3-1.  Plano West JV dominated their competition throughout the summer with a +49 goal differential in 12 games and 8 players contributing points throughout the season.

The Plano West JV team is looking to continue their success into the 2017-2018 season.  Tryouts will be held on Sunday, August 27th at the Dr Pepper StarCenter in Plano.  JV players will skate from 6:15-7:30 pm.  All hockey players who reside in the Plano West Sr High attendance zone and have a birth year 2004 or older are eligible to play.  For questions regarding tryouts, contact president@planowesthockeyclub.com. 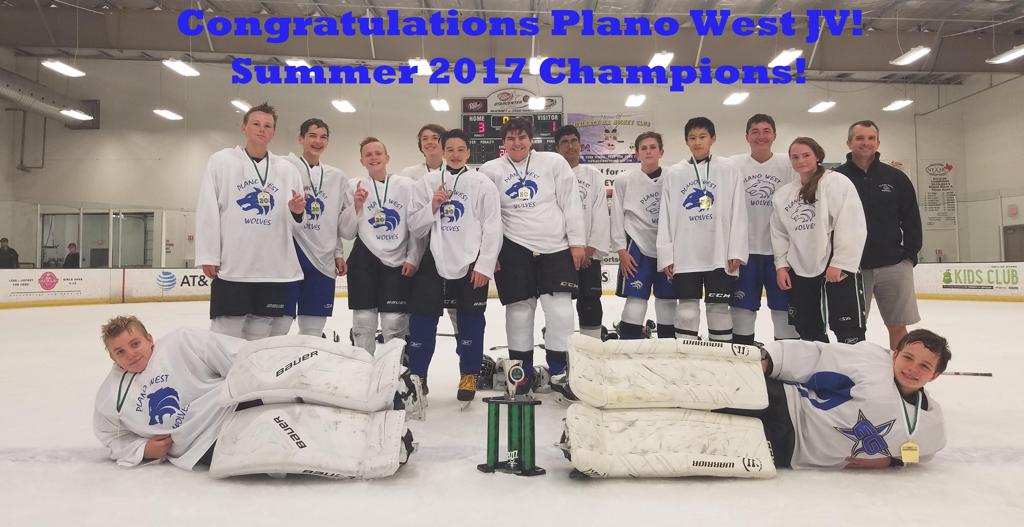